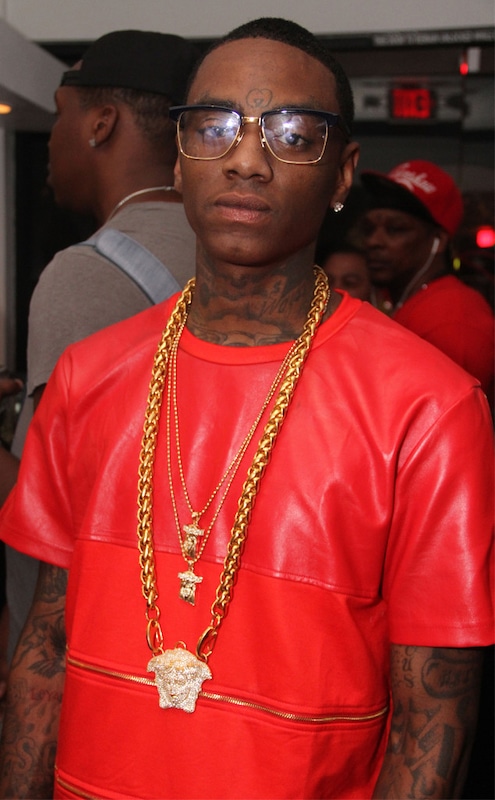 Soulja Boy Is Arrested in Los Angeles for Probation Violation

Pop culture lovers know that Soulja Boy is making a major splash in 2019.

In January, the “Pretty Boy Swag” rapper went viral for throwing shade at Tyga, Drake and Kanye West. Not long after, the 28-year-old star found himself in love after briefly dating Blac Chyna.

Now, the “Turn My Swag On” rapper is making headlines for a vastly different reason: E! News confirmed with authorities that DeAndre Way—AKA Soulja Boy—was taken into custody on Friday, March 15 for probation violation.

TMZ reports he was arrested in the San Fernando Valley area on Friday morning for allegedly having firearms and ammo.

“Soulja went to see his probation officer,” TMZ states, adding that when he visited the officer, he was then “cuffed and taken to jail.”

As mentioned before, the 28-year-old musician is currently on probation and his offenses apparently date back eight years, according to the publication.

Moreover, many fans of the star know this isn’t the first time he’s violated his probation.